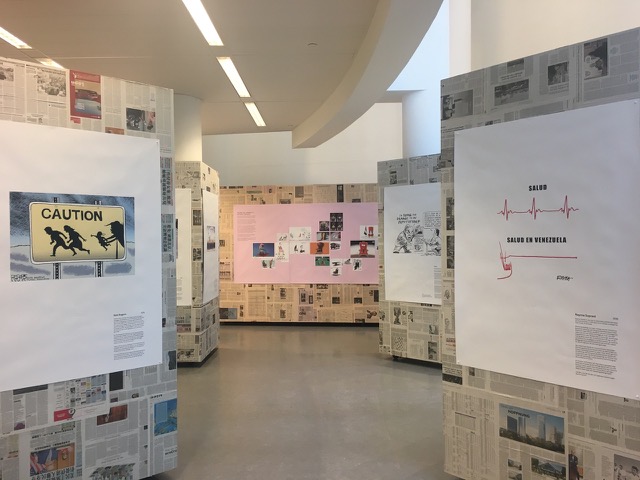 TEKENEN IN VRIJHEID?!/DRAWING IN FREEDOM?!

An exhibition on political caricatures, drawings and illustrators symbolising freedom in The Hague. Stories of artists and censorship and statements about freedom of expression. Work by over 30 different artists worldwide, with Michael de Adder, Zunar, Rayma Suprani, Zapiro, Rob Rogers, Chapatte and many others. Curated together with Aldje Bertrams, and in cooperation with Cartoon Movement and Syrian dreams. Originally planned to open in May, but postponed due to covid. 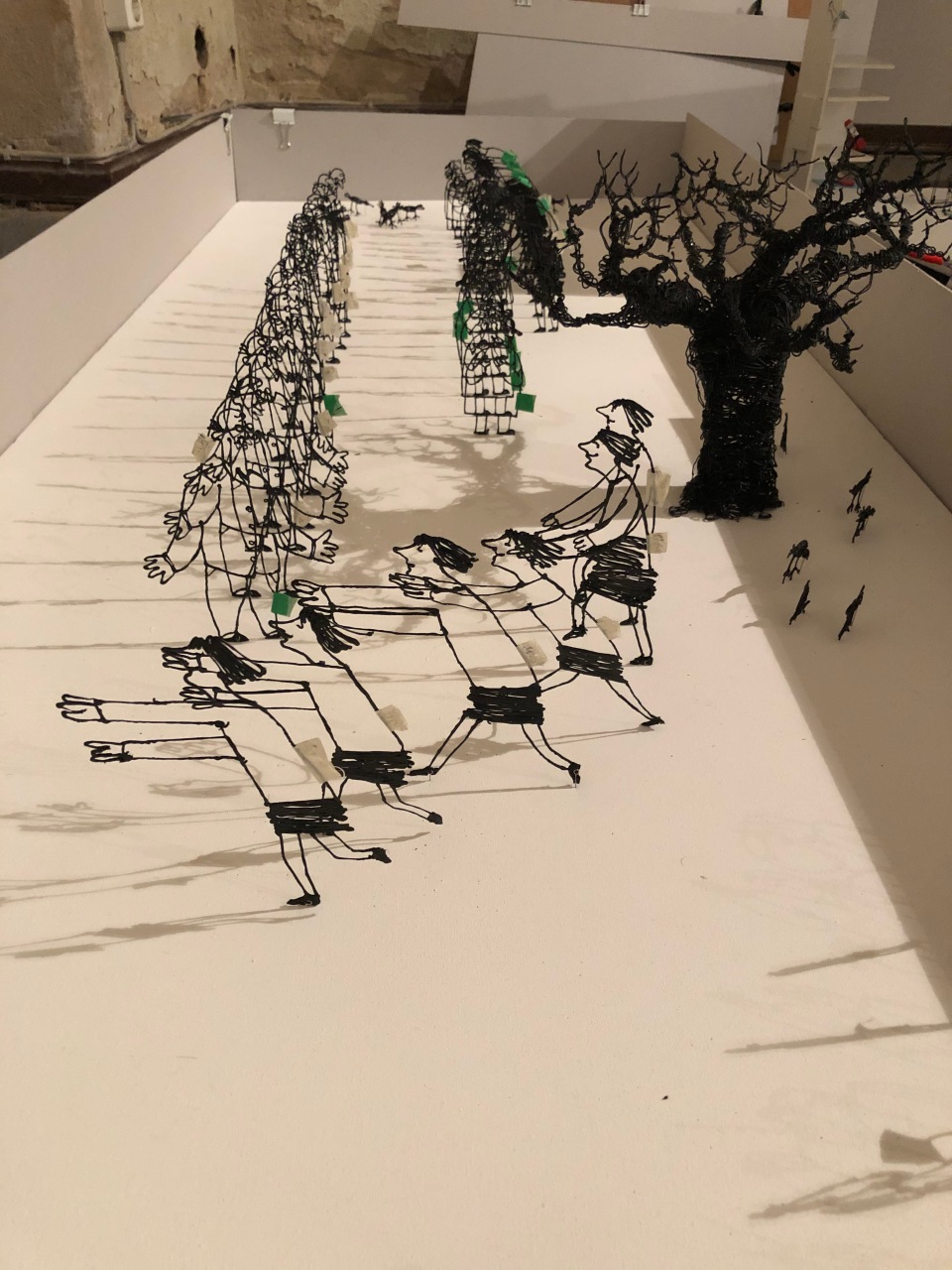 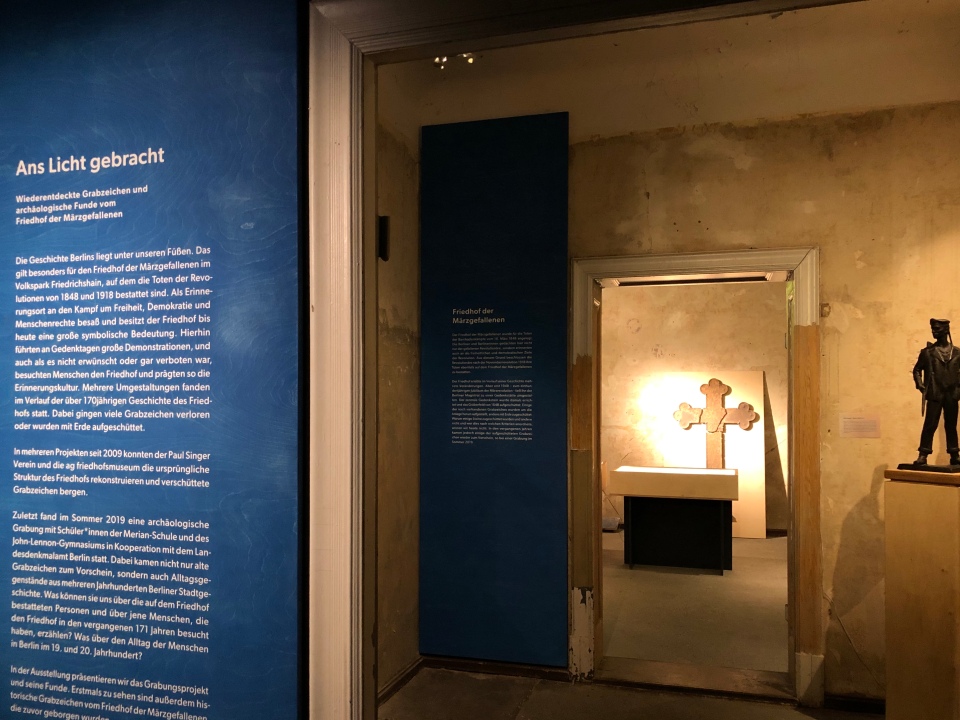 An exhibition on the famous Friedhof der Märzgefallenen in Berlin – Friedrichshain. A cemetery where the revolutionaries of the barricade fights on 18. and 19. March 1848 in Berlin were buried. They died in the struggle for more general freedom, the right to work and freedom of the press. Nowadays it’s a place where you’ll discover more than 170 years of German history. I curated the exhibition together with Martina Nußbaum and Dietmar Lange. Exhibition from 27. August – 20. September 2020 in Verwalterhaus, Prenzlauer Allee 1 Berlin 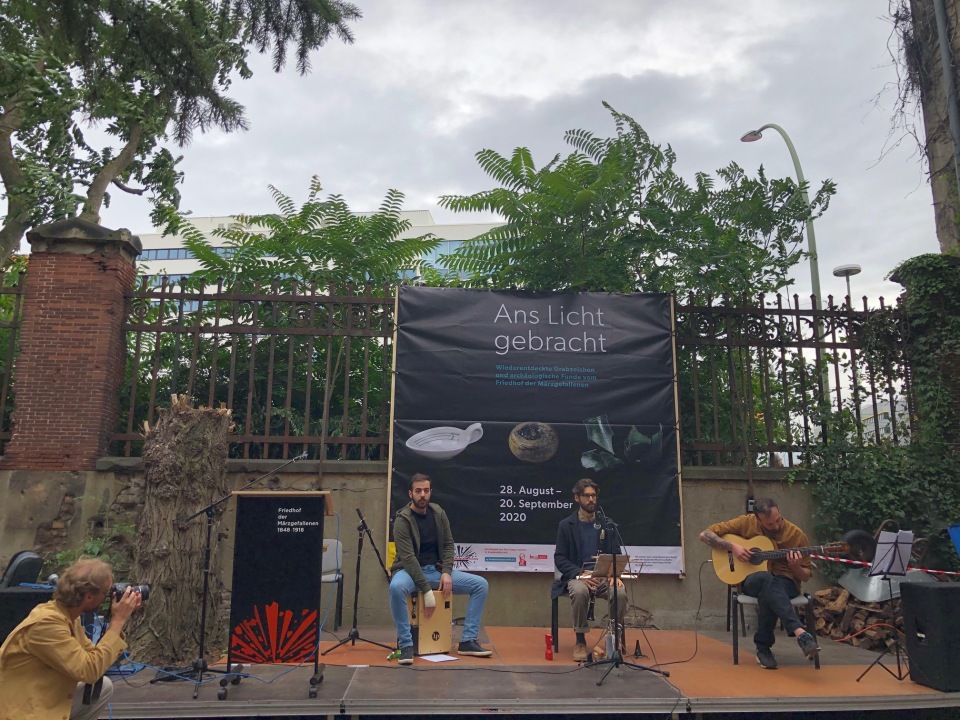 As chairman of Foundation Pers & Prent, I recently attended the judging for the Inktspot Prize 2020. A jury led by Saskia de Bodt and with jury members Marcel Verreck, Eveline van Rijswijk, Owen Schumacher and Sander Donkers chose the best political drawing of the year on September 3. Almost three hours of substantive discussions and viewing of the best political drawings of the year in the Netherlands. Online presentation and announcement on September 22nd from Nieuwspoort in The Hague. 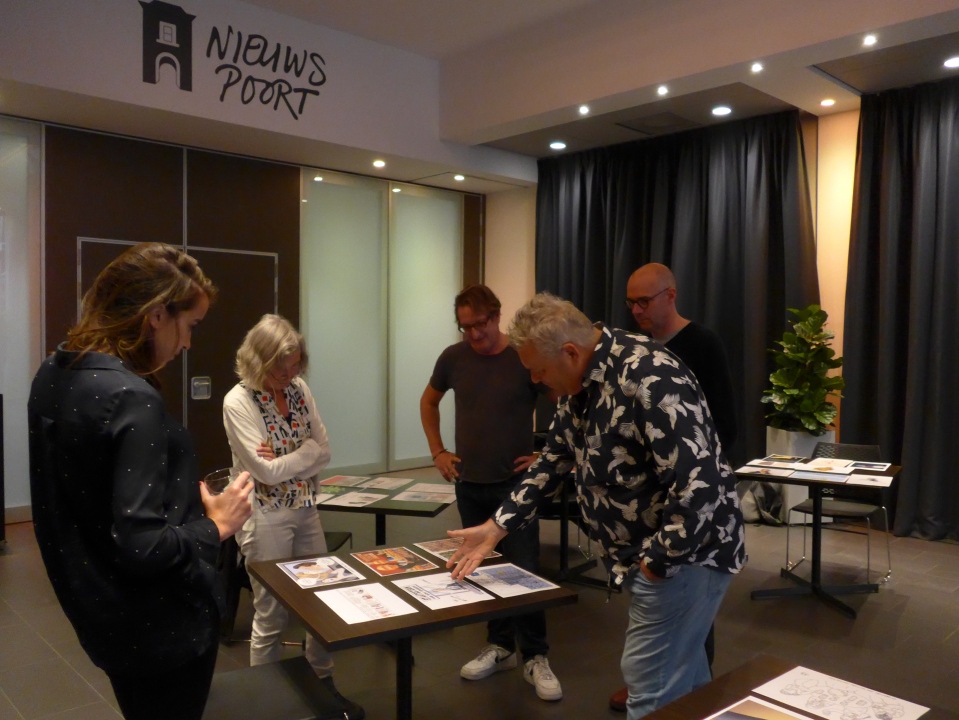 Live painting and music performance in the chapel at St. Marien-St. Nikolai cemetery and Verwalterhaus in Berlin. Three mini-concerts by the pianist of Yarmouk, with the presentation of a ‘graphic novel’ by Simonetta Pulimeno about his flight from Syria. 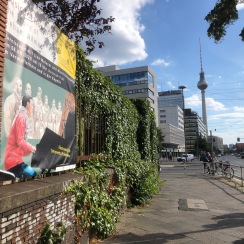 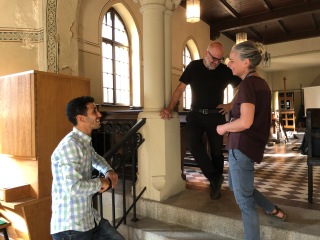 A new series I developed during the time the Verwalterhaus was temporarily closed during spring 2020 due to Covid-19; Auszeit, die verborgene Serie/the hidden series. One artist, with one work, during one week. A painting, a video or a musical composition, ‘hidden’ in the temporarily closed gallery on Prenzlauer Allee near Alexanderplatz. 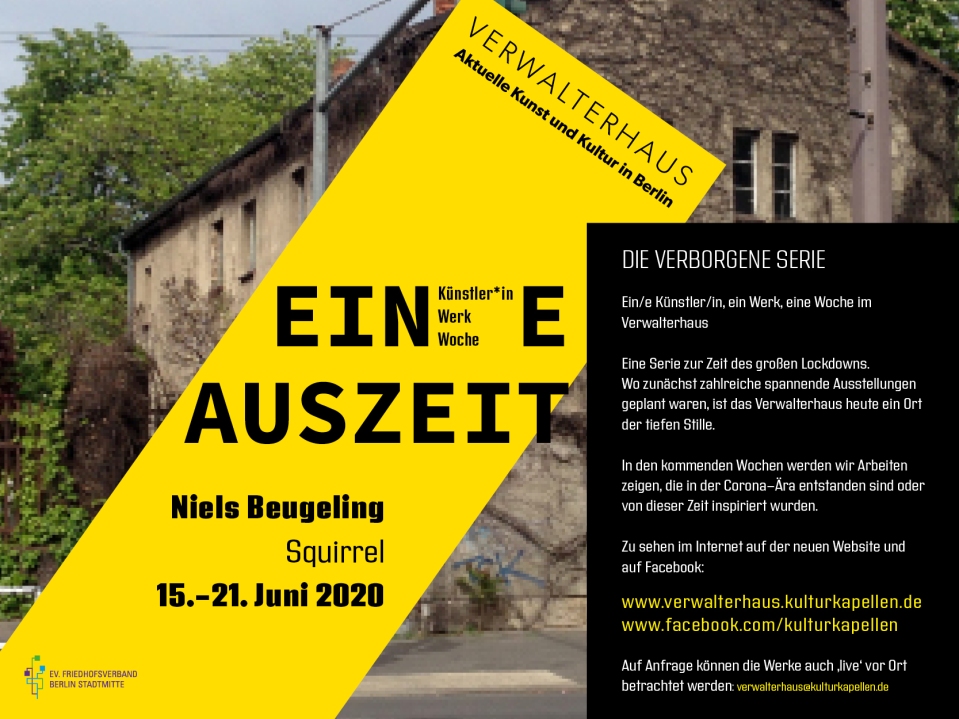 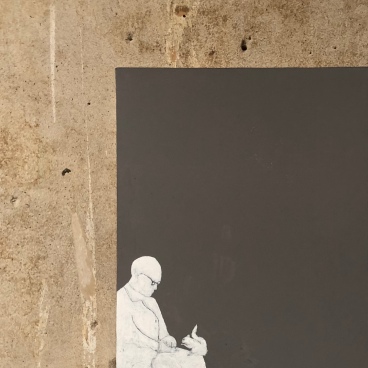 DRAWING IN FREEDOM?! TEKENEN IN VRIJHEID?!

Bibliotheek Den Haag/Perscentrum Nieuwspoort, 10 April – 10 May 2020/postponed due to Covid-19

An exhibition on drawings and illustrators symbolising freedom in The Hague to commemorate 75 years of freedom in the Netherlands. Stories of artists, statements about freedom. Curated together with Aldje Bertrams, and in cooperation with Cartoon Movement and Syrian dreams. 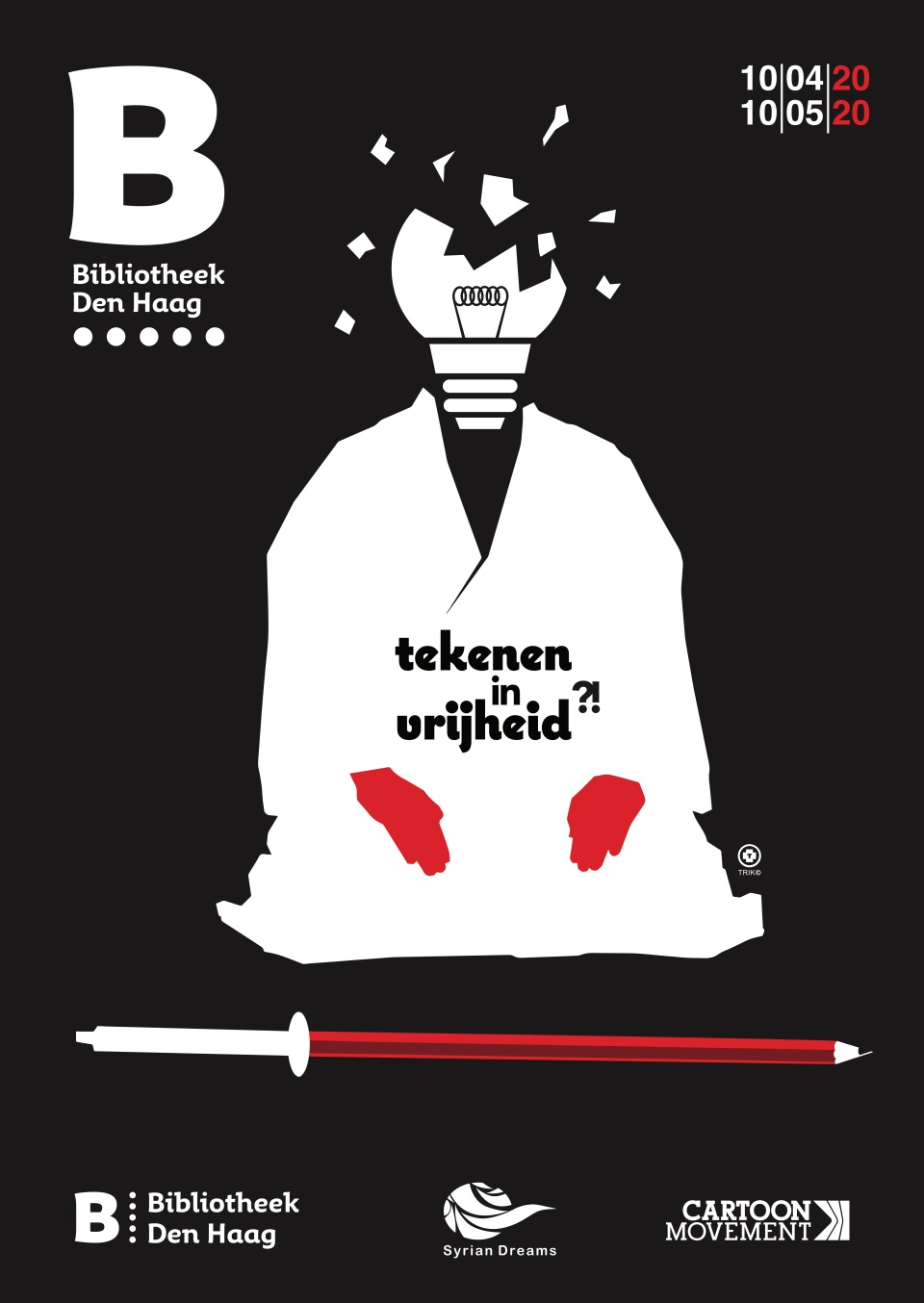 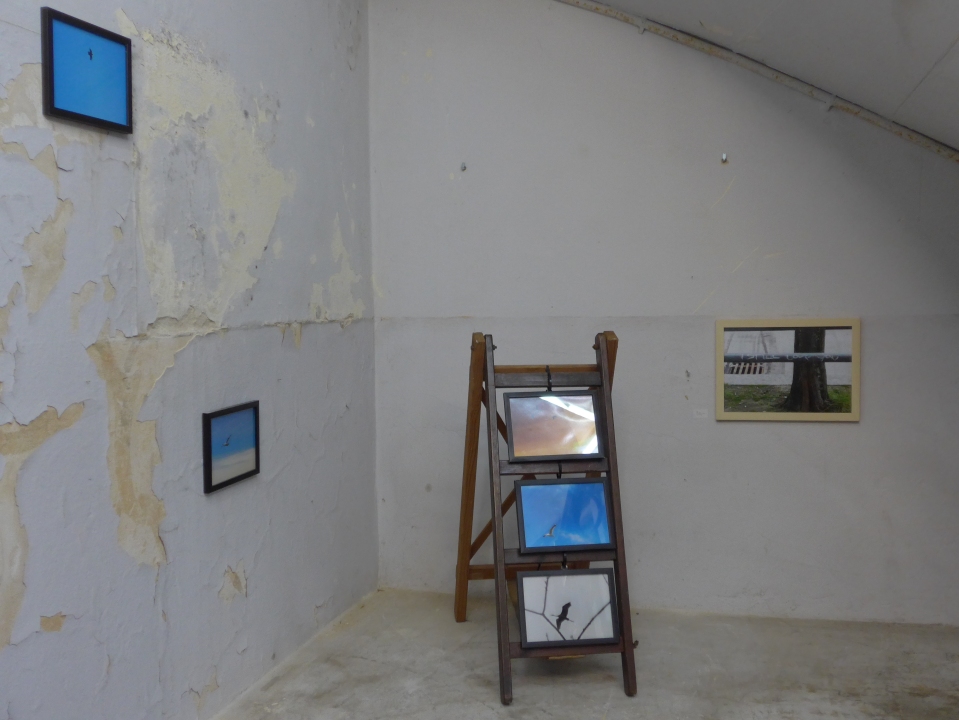 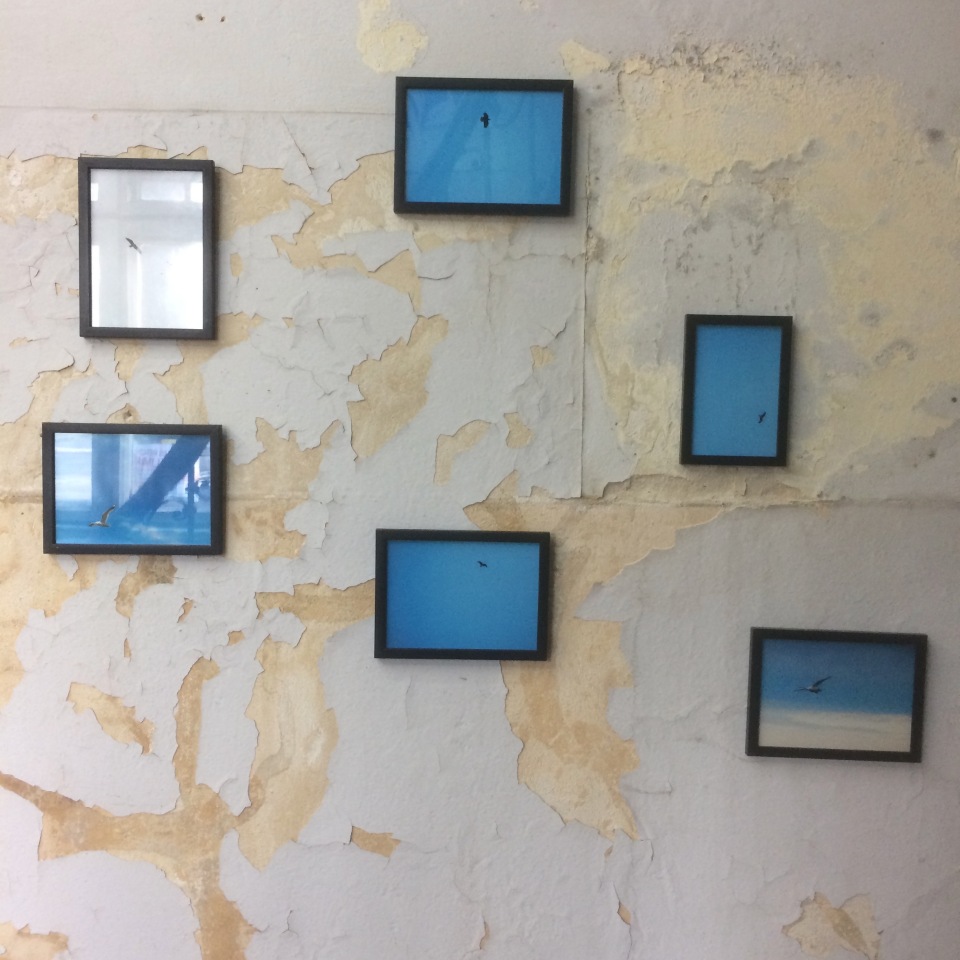 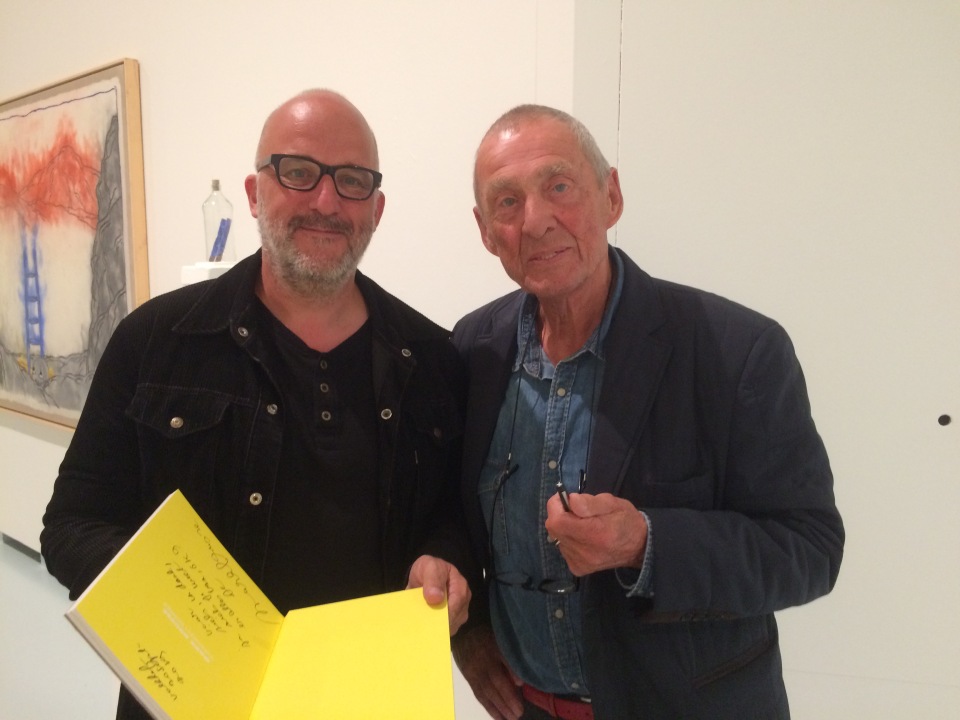 During the finissage of the exhibition Sometimes I wonder on September 20. 2019 a beautiful artist book was presented on the work of Mark Brusse, in cooperation with artist collective Knust from Nijmegen.

On the 23. August 2019 the exhibition Heimatgefühle, über äußere Umstände und innere Zustände opened in the Verwalterhaus, Berlin, Prenzlauerallee 1. On view until September 15. 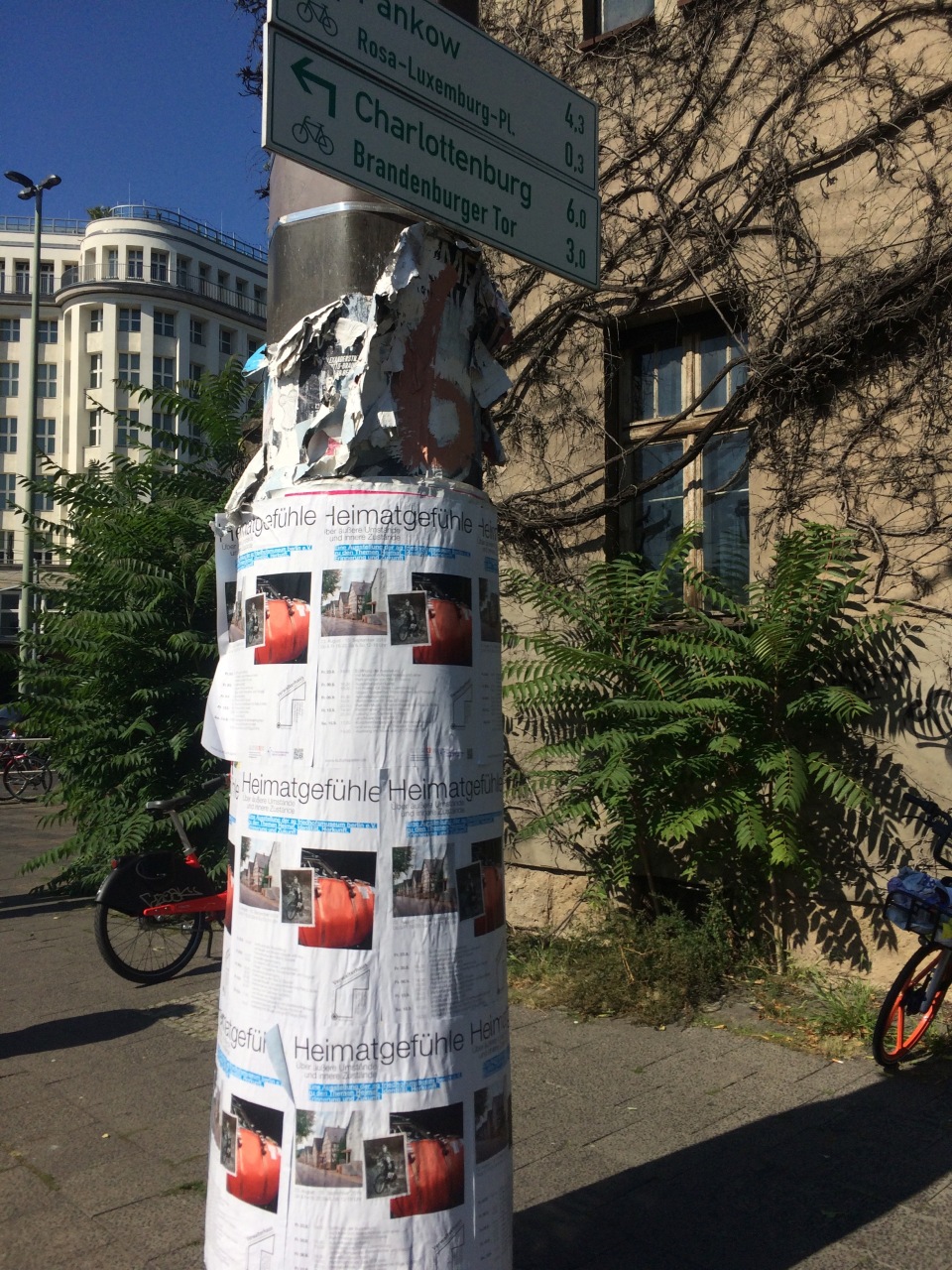 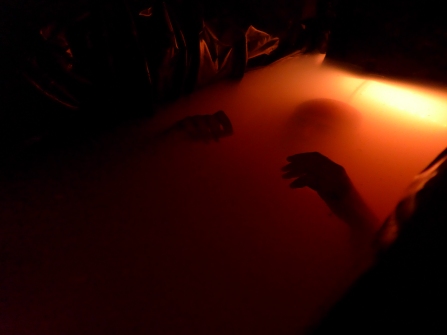 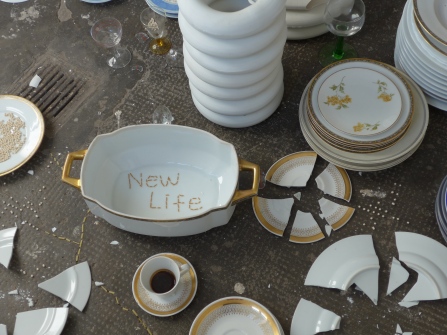 And each Friday there was a special program with music, readings and theater:

On June 20. 2019 the exhibition ‘Sometimes I wonder’ opened in Museum Het Valkhof in Nijmegen. A retrospective I curated together with the artist Mark Brusse. An overview of 60 years in art! 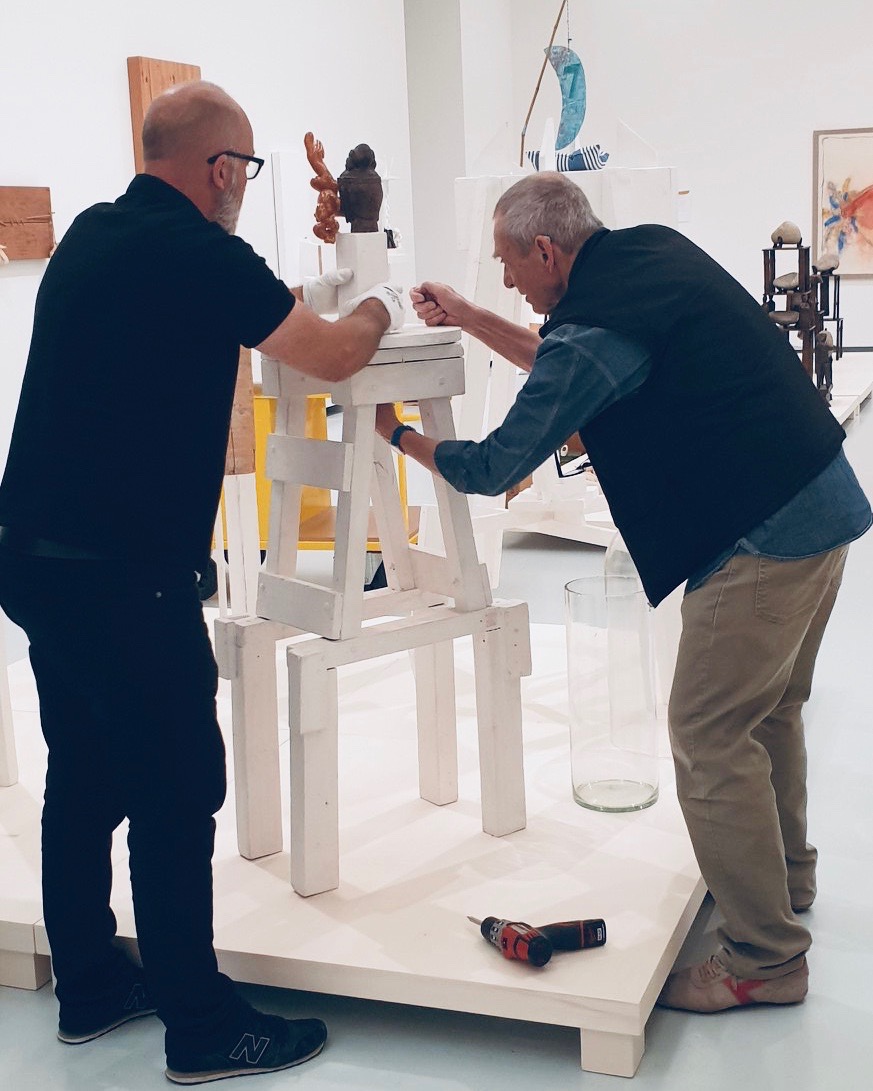 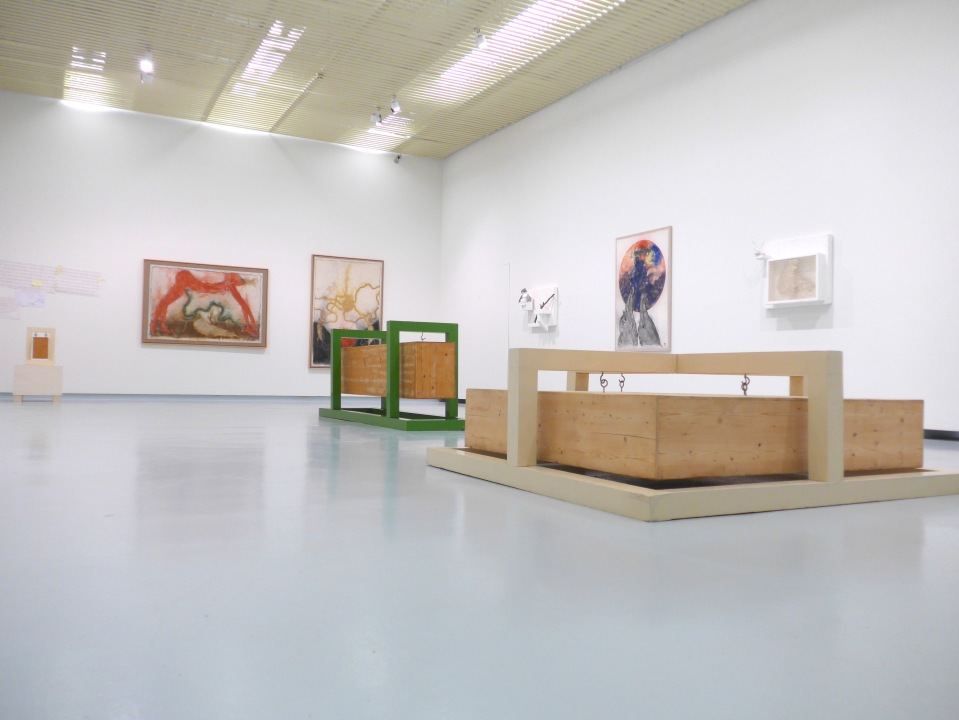 For the Stedelijk Museum Zutphen I’m making an exhibition on photography. From a staggering collection of images 60 special ones will be on show as from 27. April 2019. From an elephant visiting the mayor in front of the city hall till awkward moments of people shaking hands and looking at undefinable things

Returned from a short trip to Paris on September 17.-19. 2018. Visited artist Mark Brusse in his studio. We selected several great paintings and sculptures for his exhibition next year in Museum Het Valkhof in Nijmegen. A retrospective of 60 years of artistic practice. 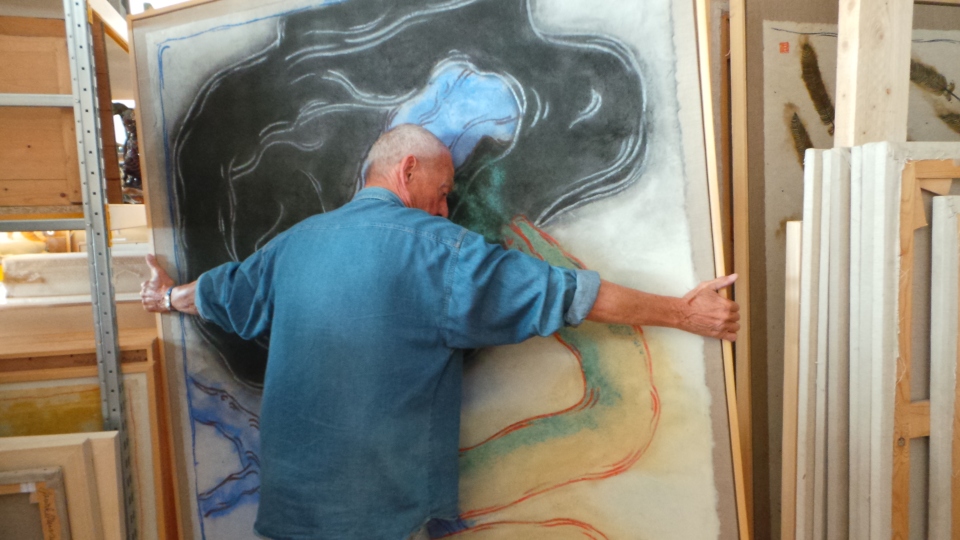 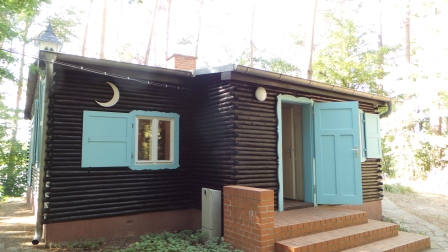 Cycling tour from Berlin to Waldsieversdorf on September 9. 2018. Together with Bas van der Schot. We visited the summer house of artist John Heartfield. He lived in this house during the summer months from 1952 till 1968. The house, situated in a beautiful area of the Märkische Schweiz, 50 km east of Berlin, was suggested to him by poet and writer Bertolt Brecht, who lived in the nearby village of Buckow. 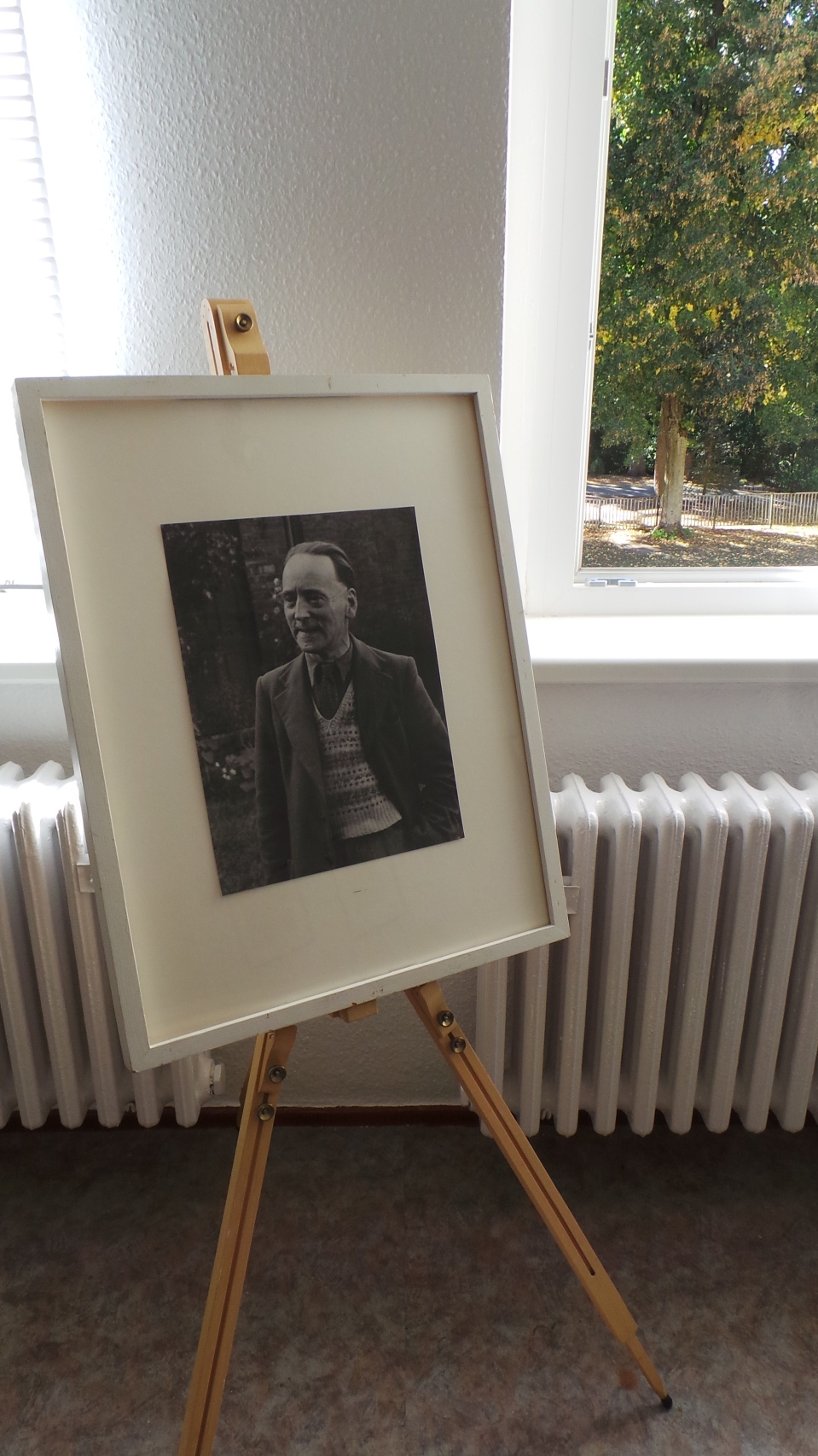 From Berlin to Nijmegen, by bike! :-)

Nice biking tour from Berlin to the Netherlands. 859 kilometer in five days using Europa Radweg 1, through Berlin, Brandenburg, Sachsen-Anhalt, the Harz and Nordrhein-Westfalen. Stunning views and strange and beautiful encounters along the way. 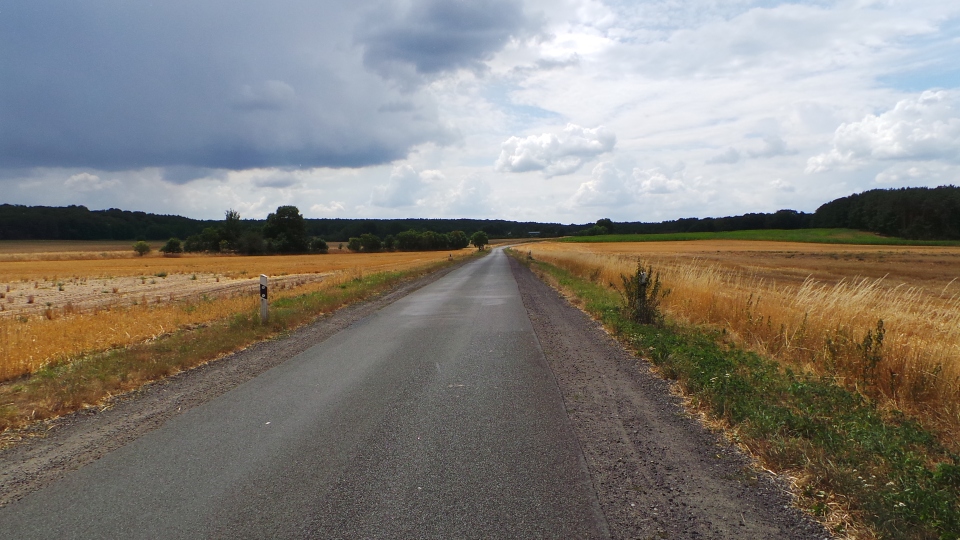 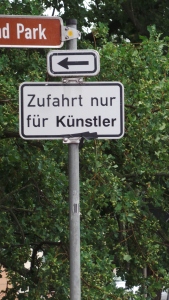 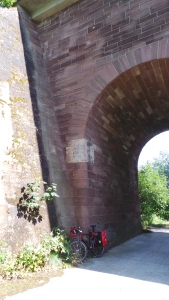 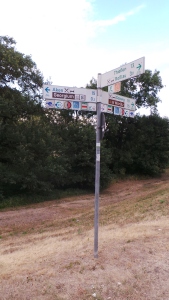 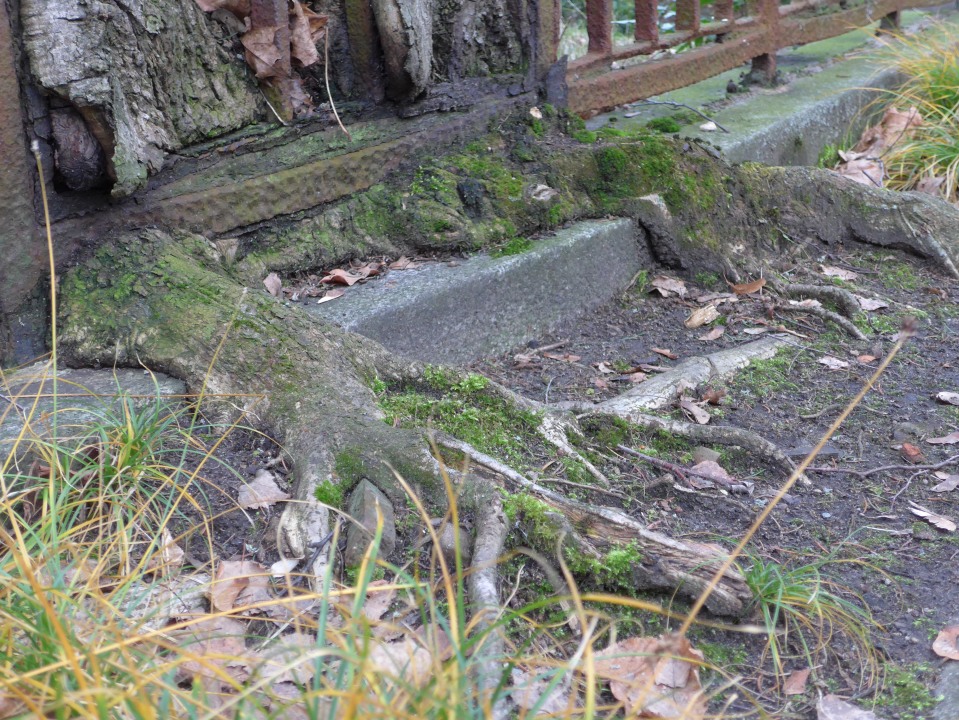 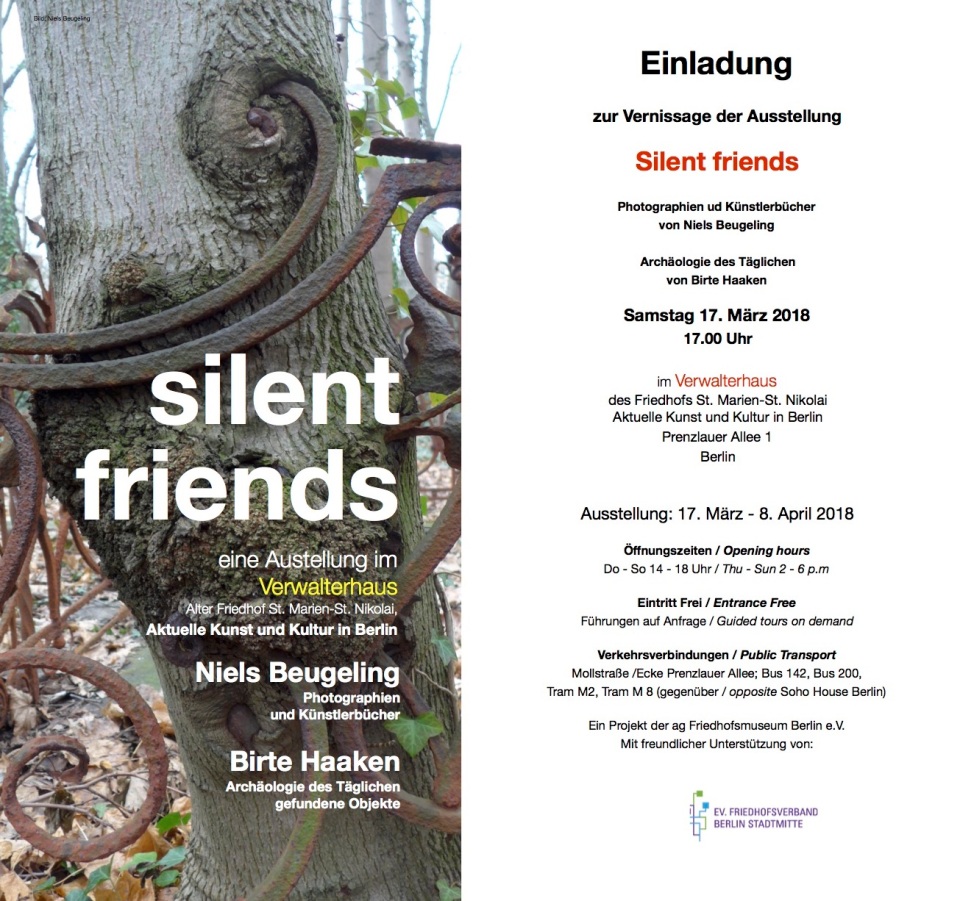